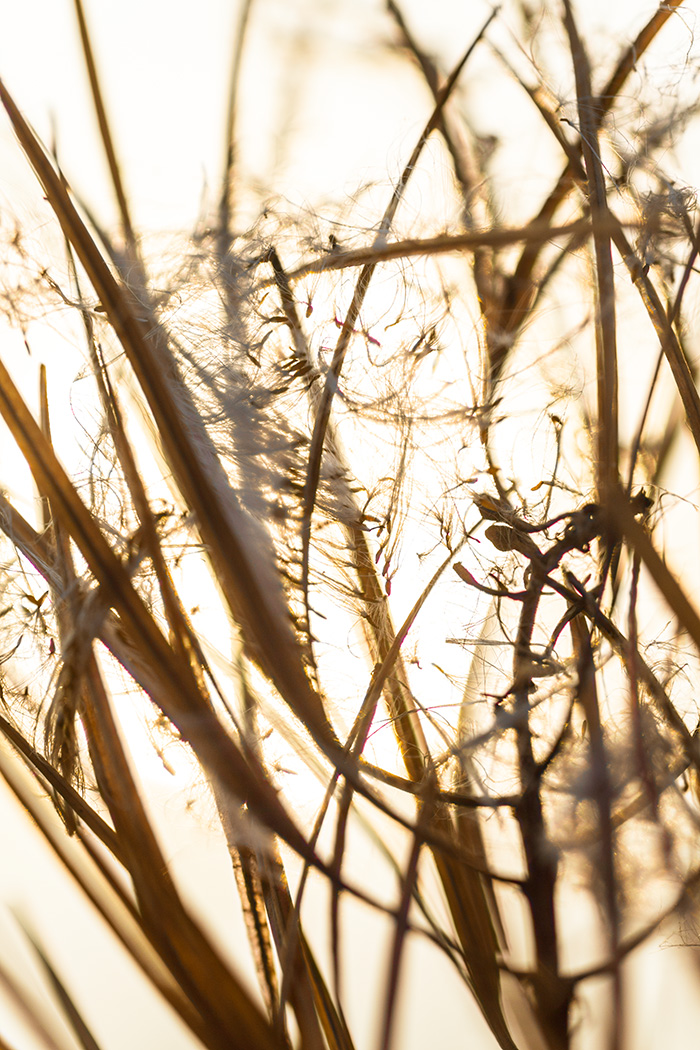 The sun hadn’t yet risen above the dunes as I strolled down Ainsdale beach. It was one of those mornings. I’d woken early and felt the urge to go and take photos but didn’t really have a clear intent. The coast called but I didn’t really find any inspiration in the sea, apart from the gulls which drew my eye much later.

Venturing into the dunes my attention was pulled to the vegetation that stood stock still in the dawn stillness. Kneeling down I saw the potential here, the oft unexplored realms of the smaller things often satisfies me. As the sun rose behind a veil of cloud I began taking images, working with a clump of dying rosebay willherb as a piper began to herald the morning to the happy campers at the nearby Pontins holiday camp.

Their translucency captivated me. I shot against the rising ball of the sun to emphasise the delicate structures and transient natures. Pale tans and tawny browns dominated.

A slight breeze danced them in front of my camera so I chose to shoot without my tripod for a change. Kneeling in the marram grass I swayed with them, rhythmically keeping them in focus as best I could, yet allowing some shots to be ‘freestyle’. 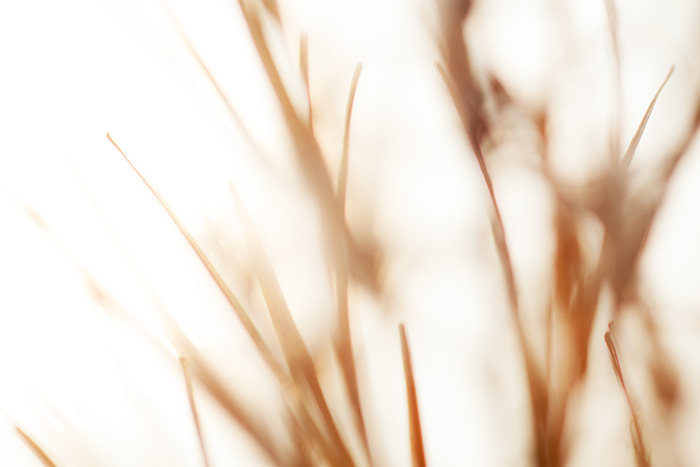 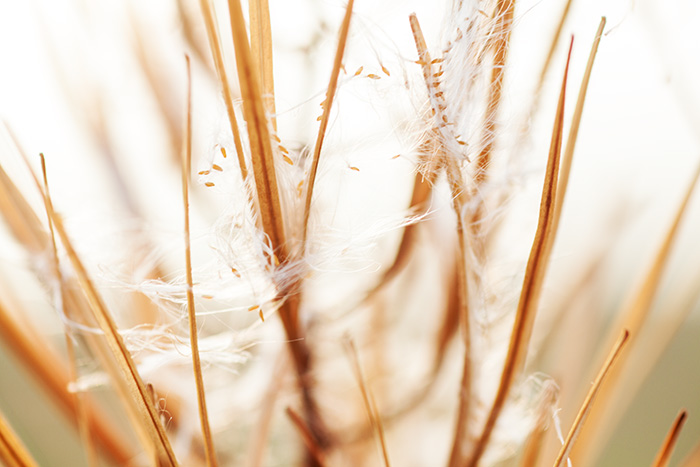 On a nearby dune a fuzz of blueishness caught my eye. Tightly closed now, busy making seeds, small flowers nodded against the light. I don’t know what they are, perhaps of the daisy family however they made for a wonderful closing subject before I made my way back to the beach and the call of the gulls. 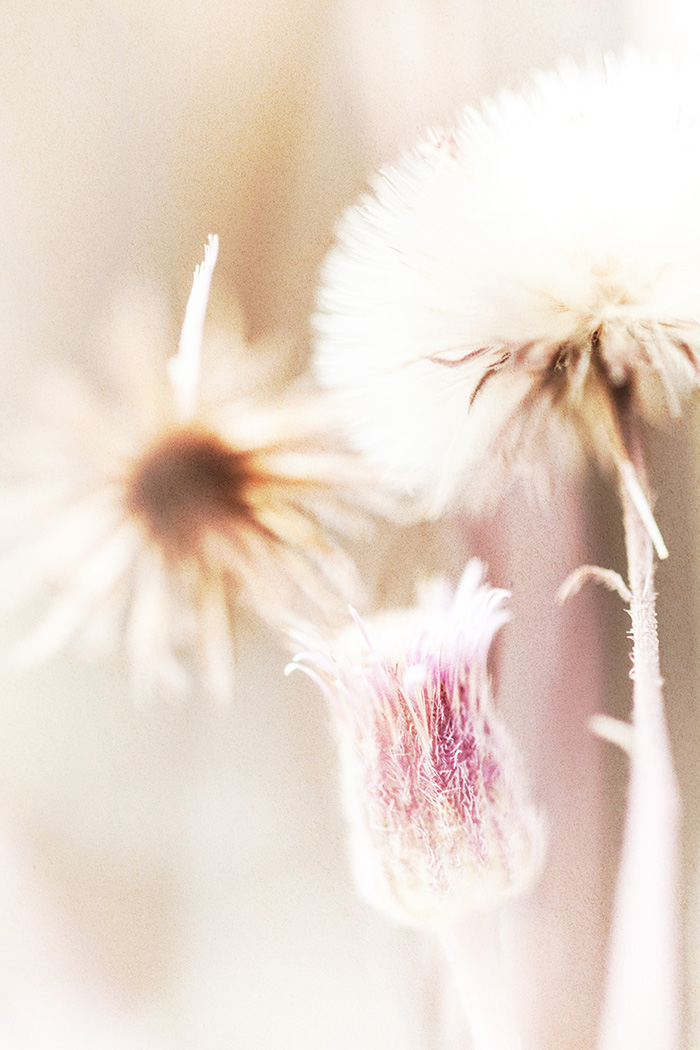 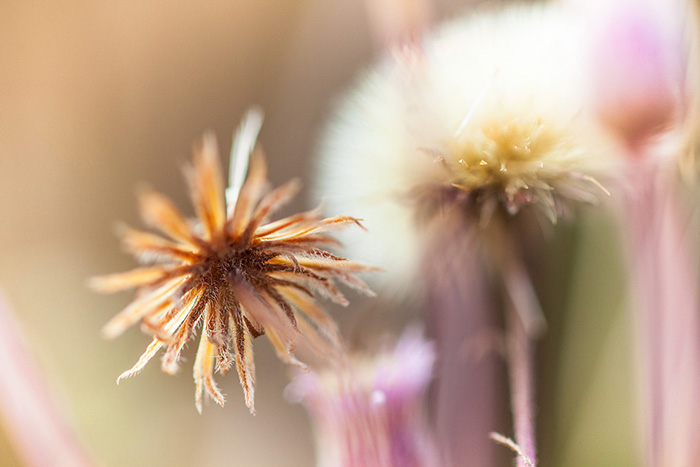 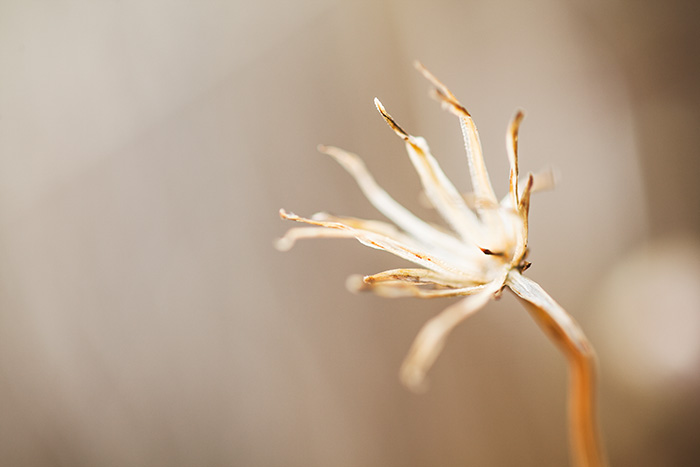 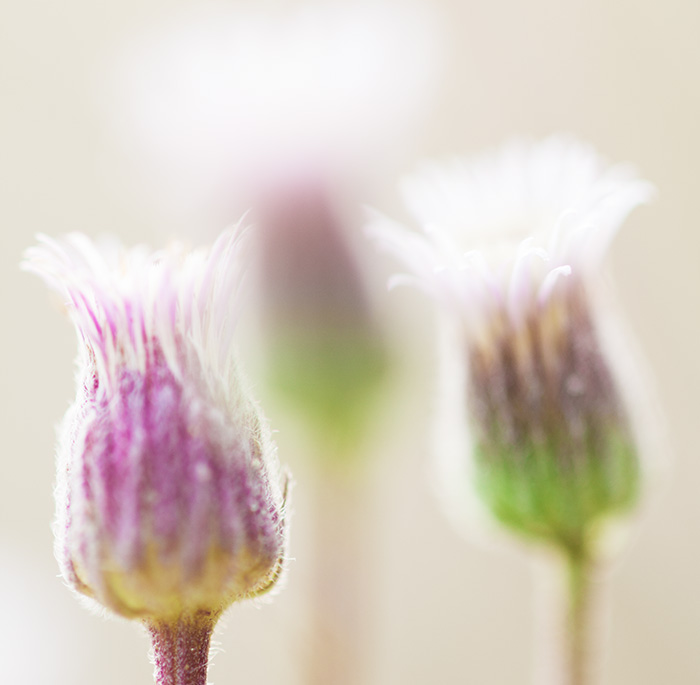 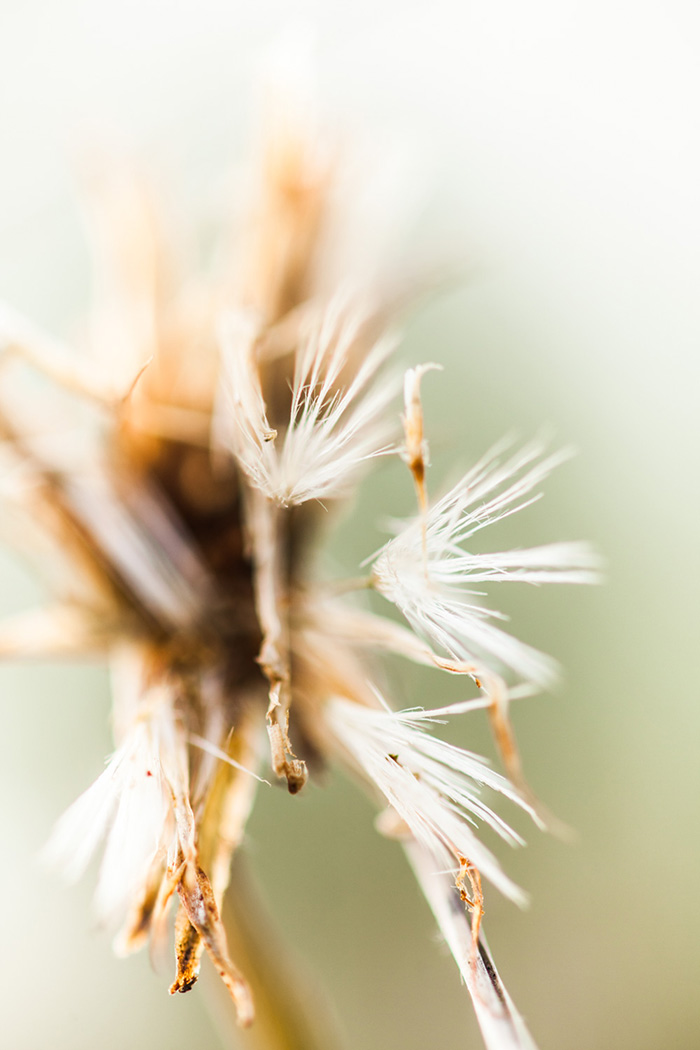 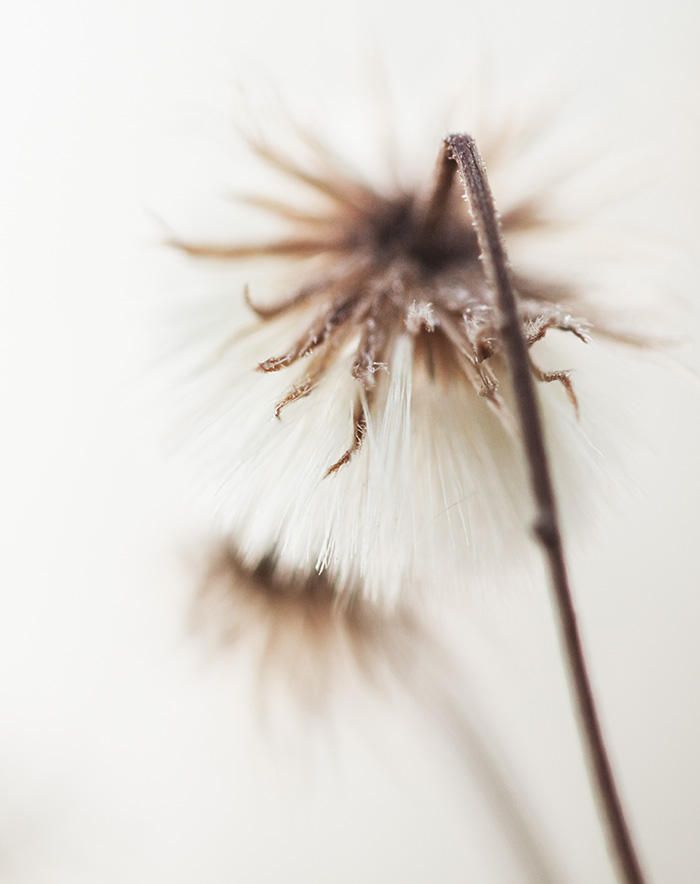 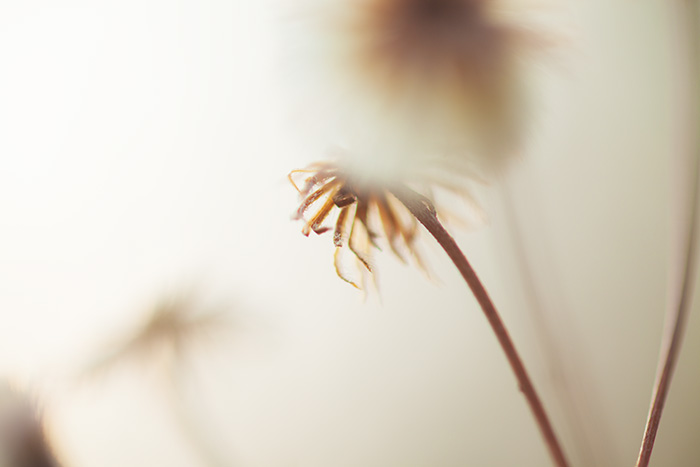