Following on from my success with the Pied Wagtail shots I thought I’d have a try at working a colony of Sand Martins which are a much more lively proposition!

In the limited time I had there wasn’t really a chance to attempt flight shots far from their nesting burrows and I had to spend a fair chunk of that time letting them become accustomed to my presence on the lake bank. I never approached too close and ensured they never shied away from feeding their hungry young.

As we sat having a final cup of tea before leaving we saw a nestling take a tumble and end up on it’s back in the river. Once I’d fished it out we placed it on the banking again but it was not ready to fly yet and promptly rolled back into the water. So we made the decision to pick it up and place it back into the correct burrow. Fingers crossed it was the right thing to do, it would not have survived the night otherwise. 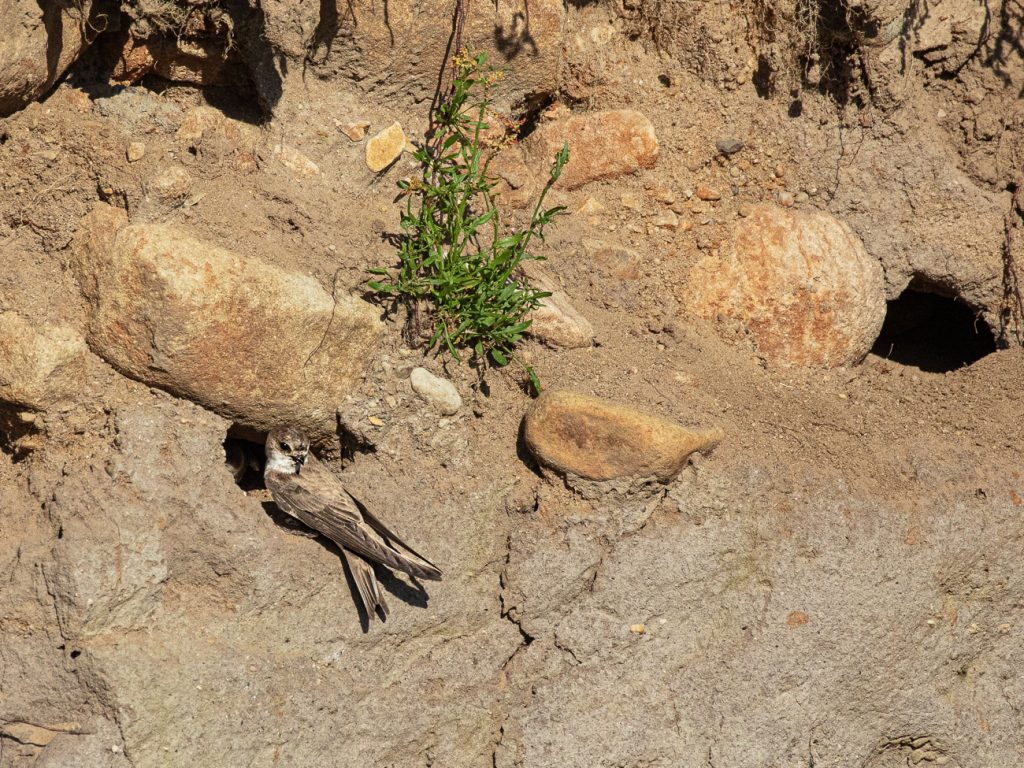 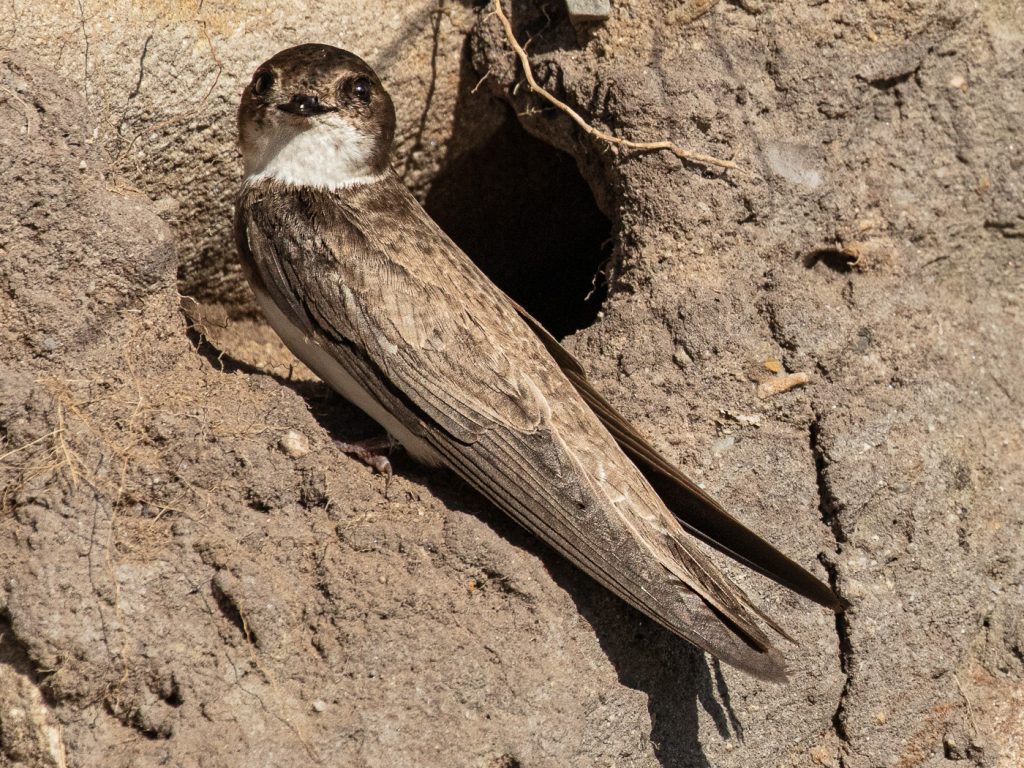 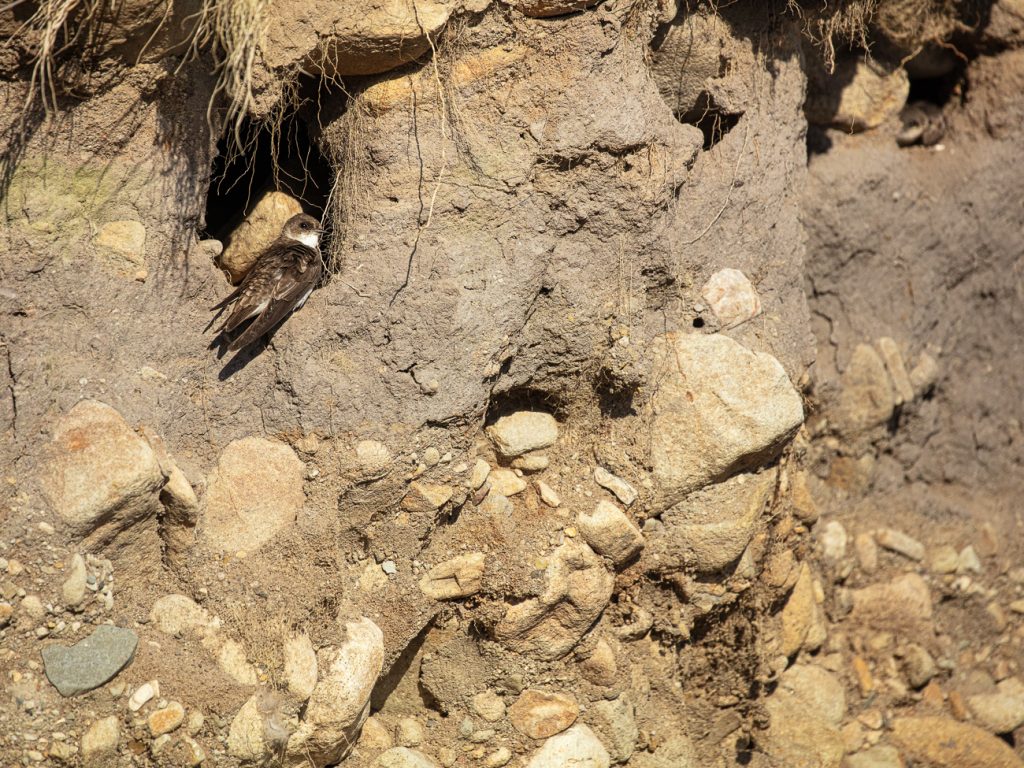 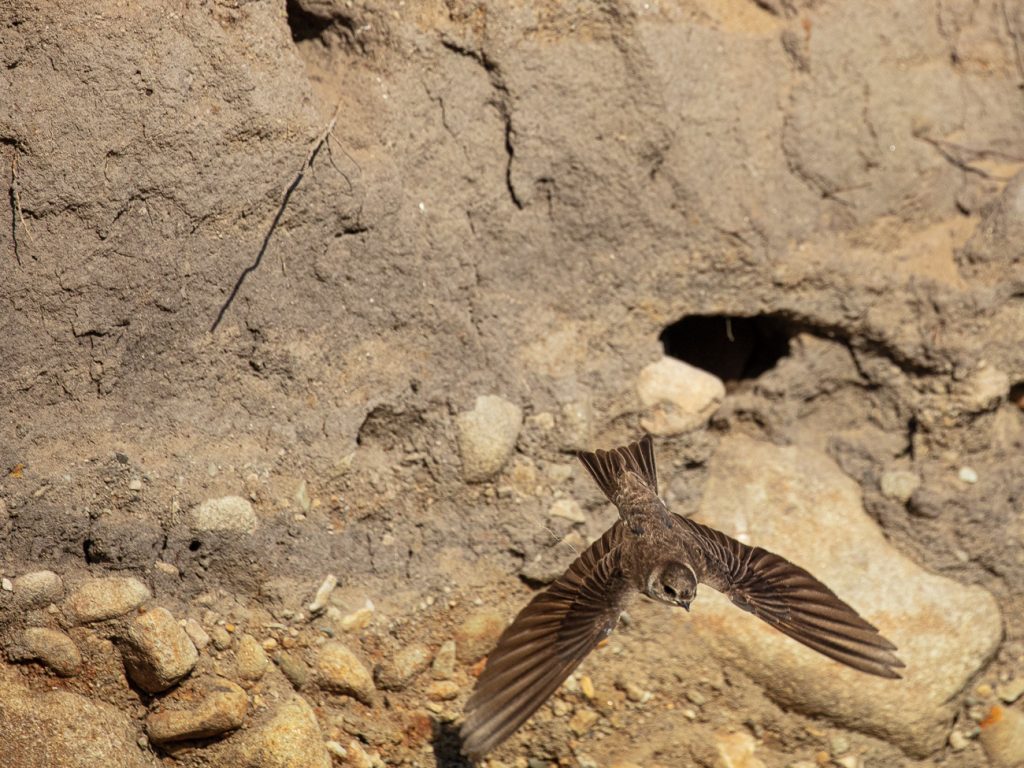 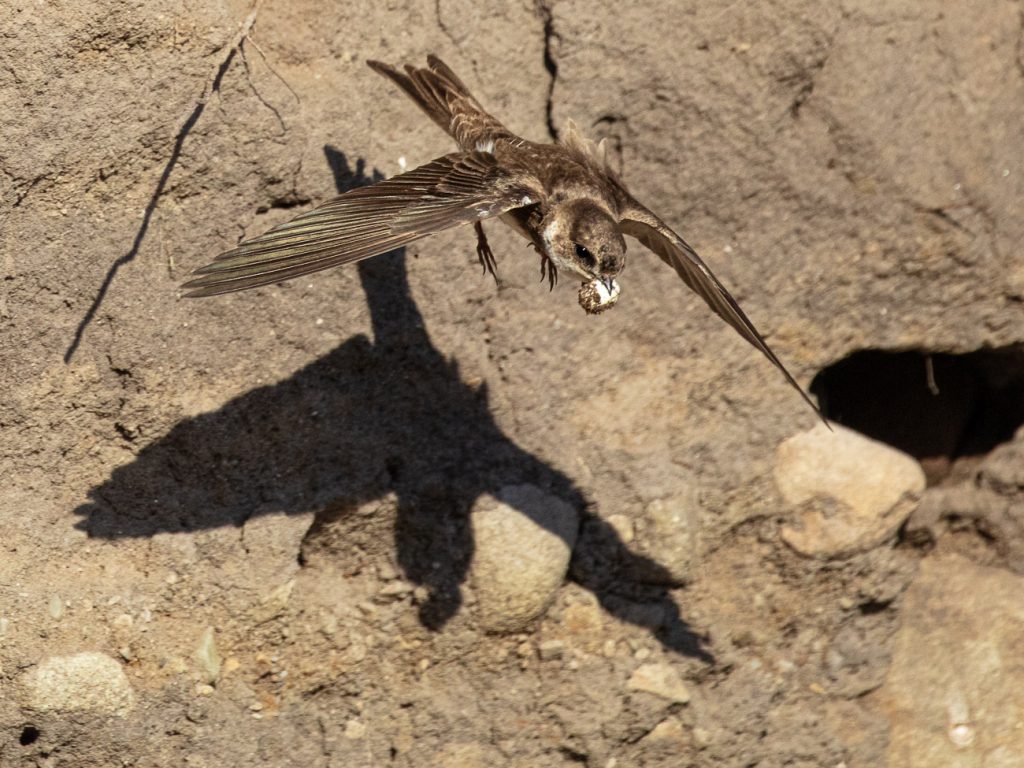 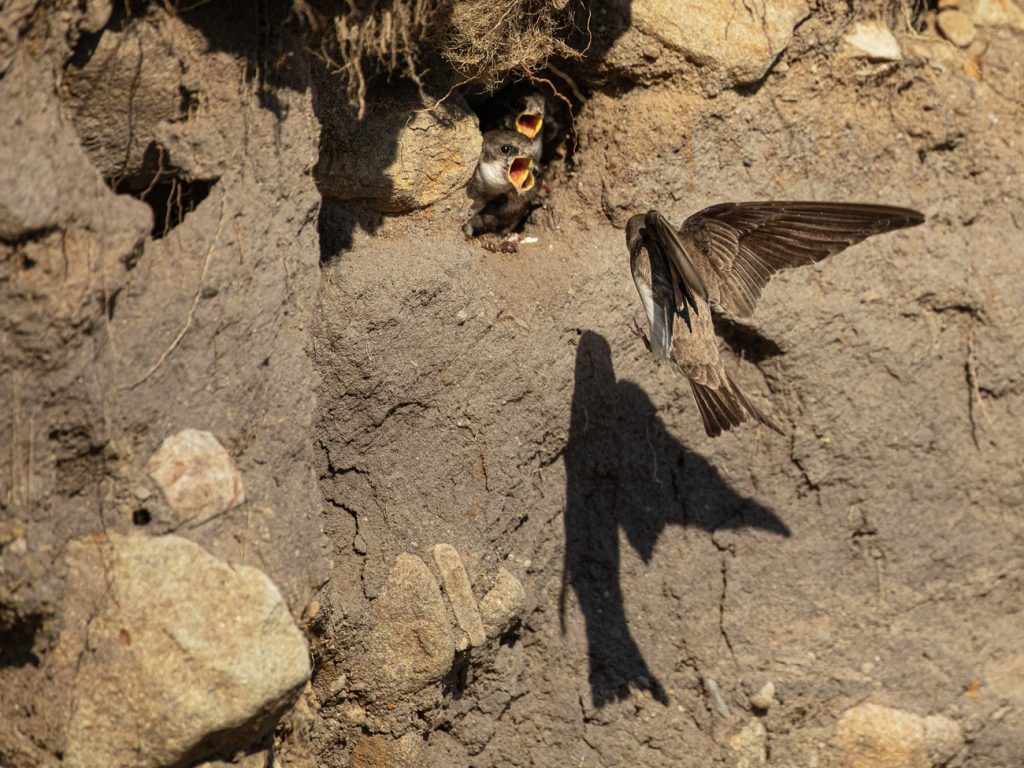 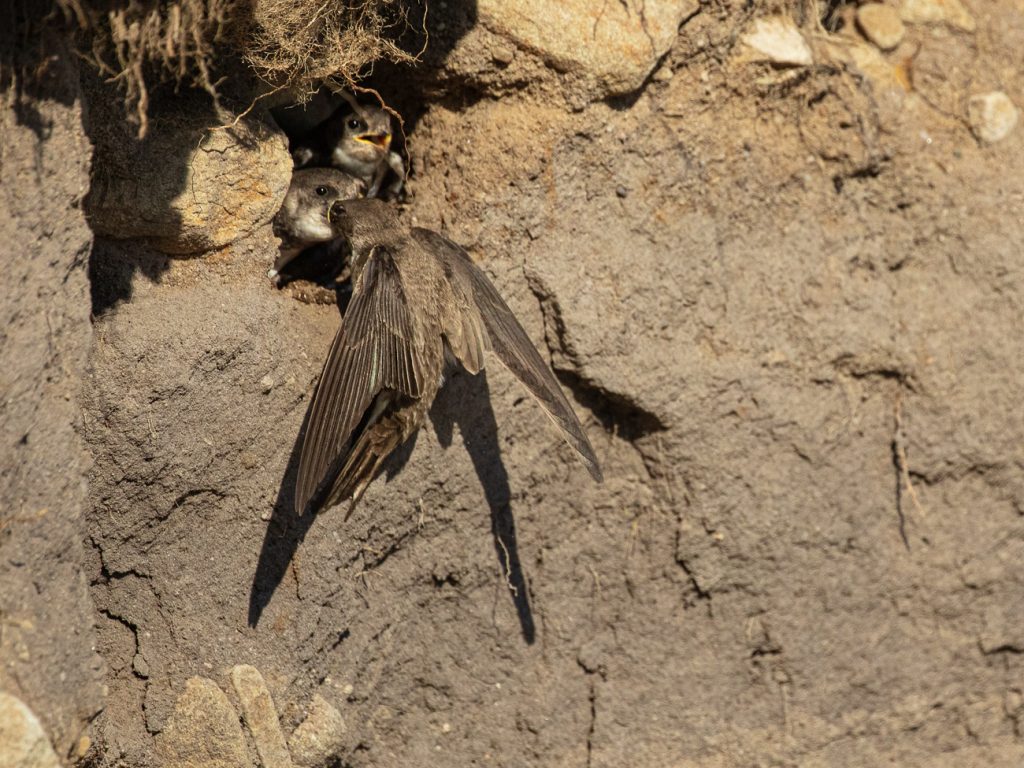 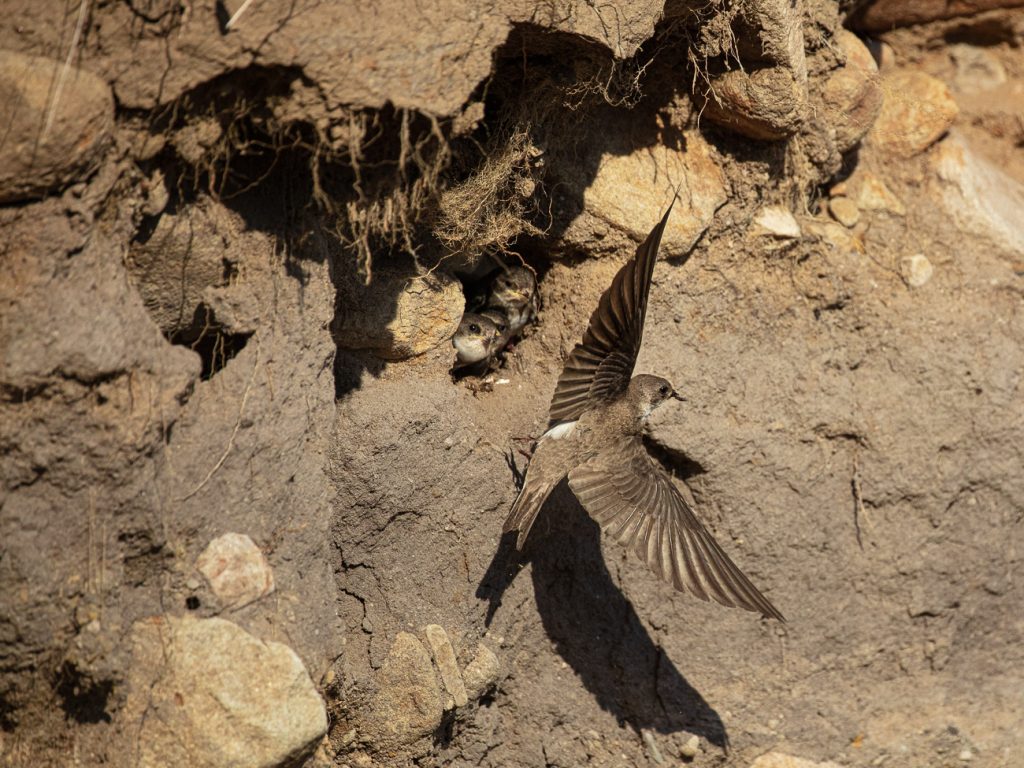 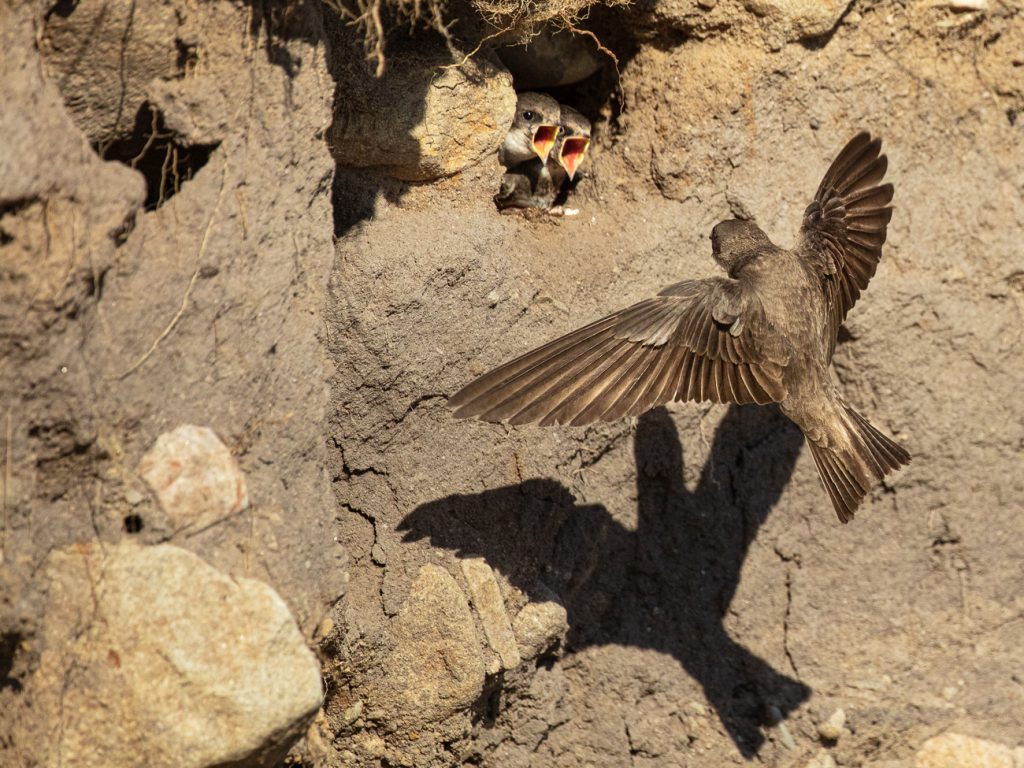 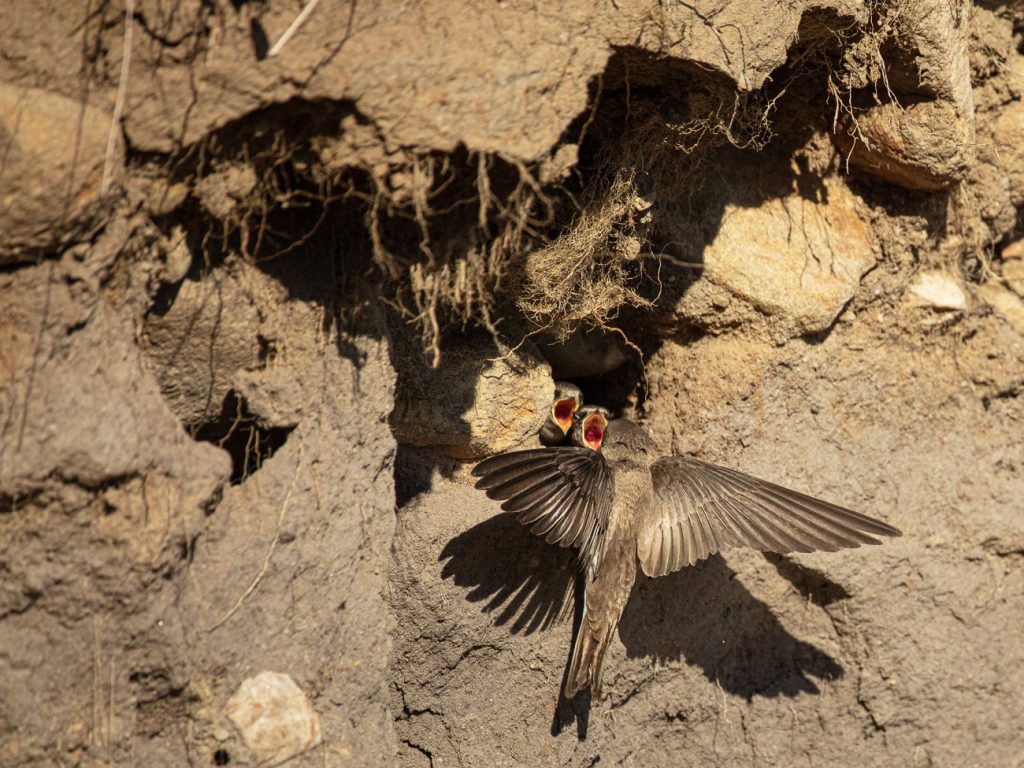 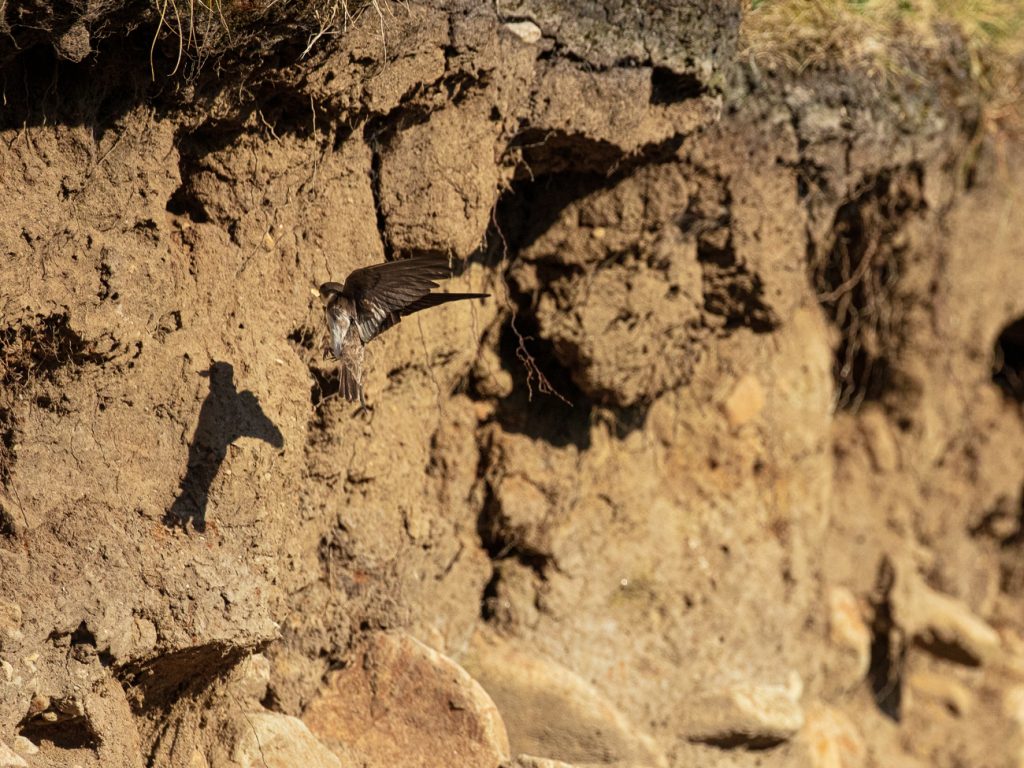 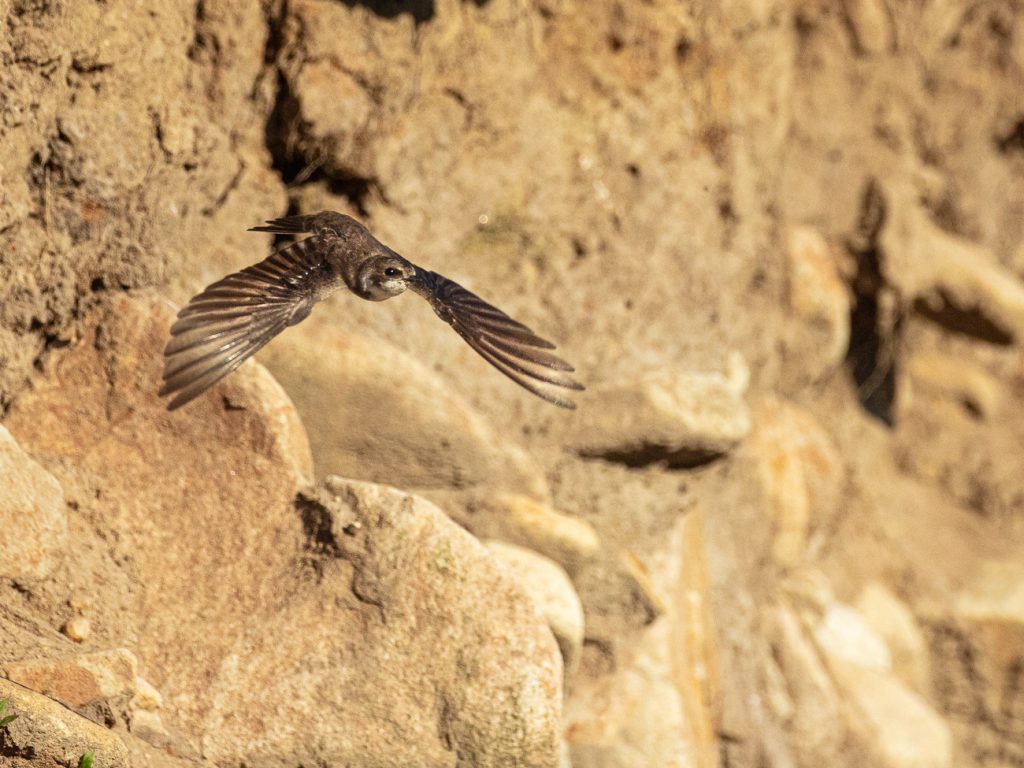 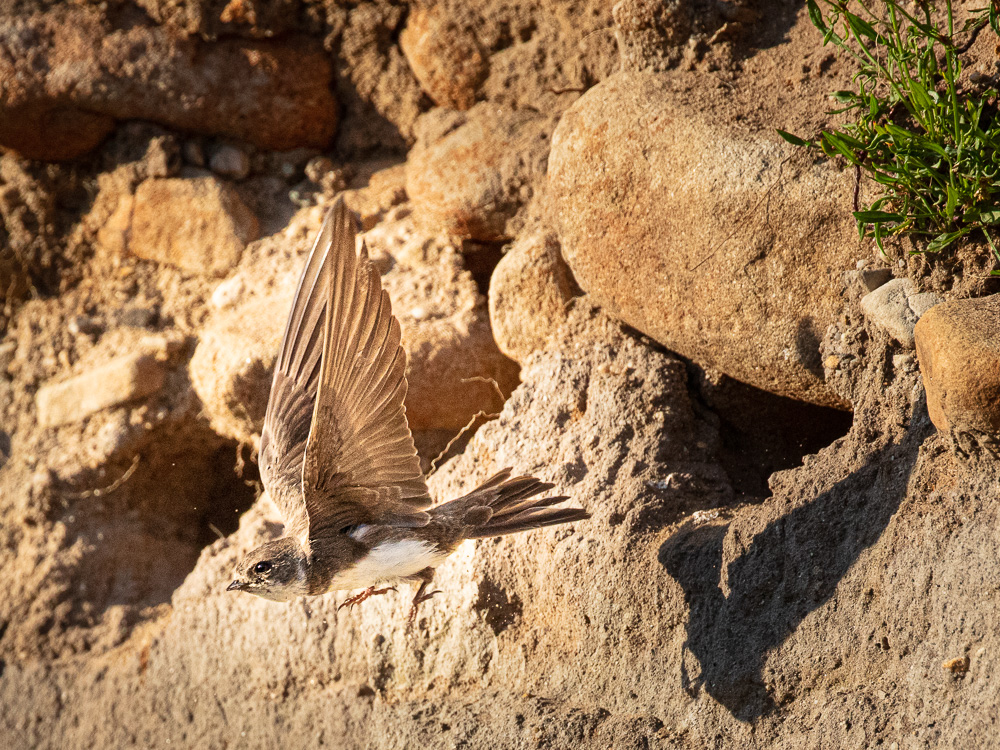 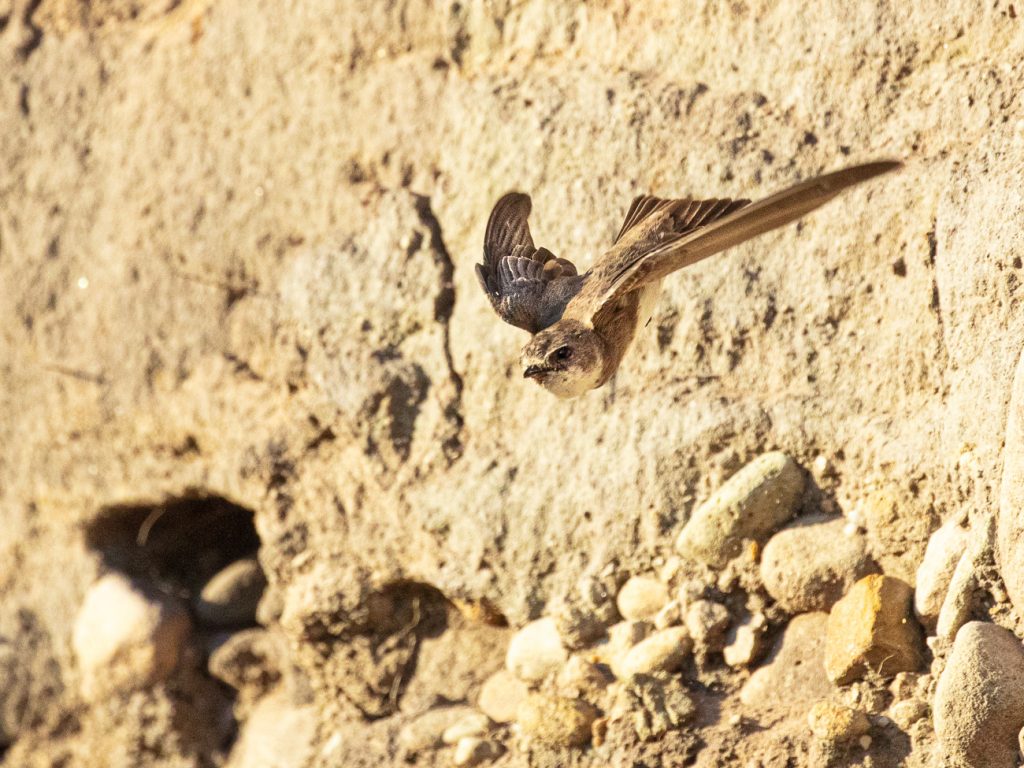 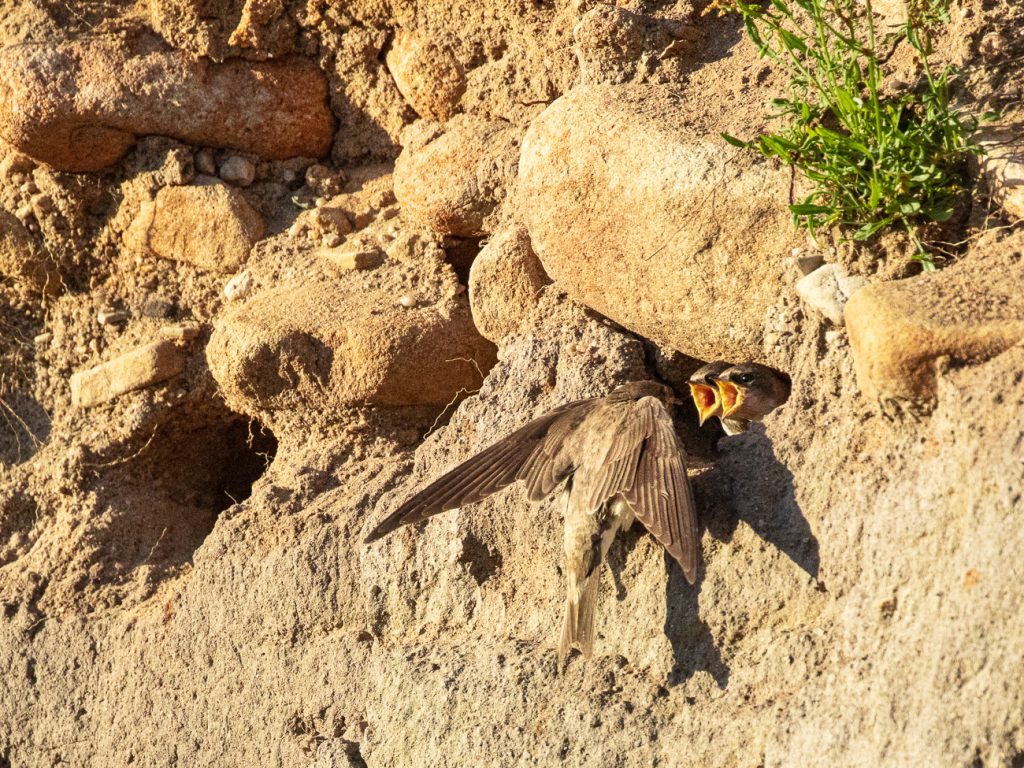 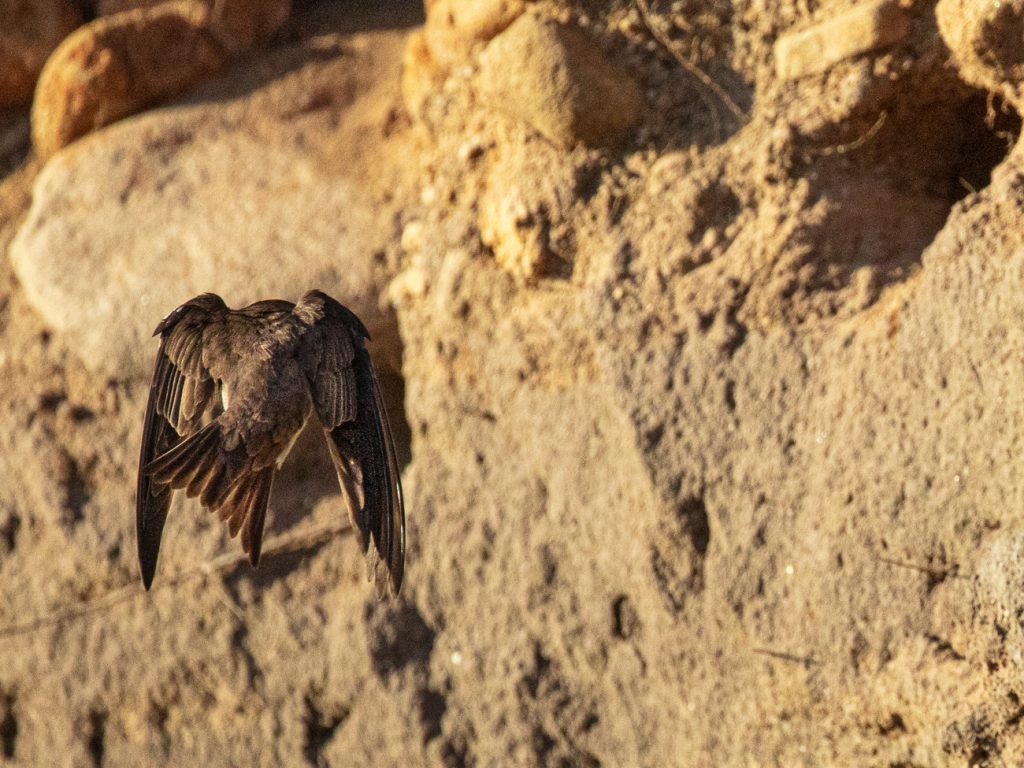 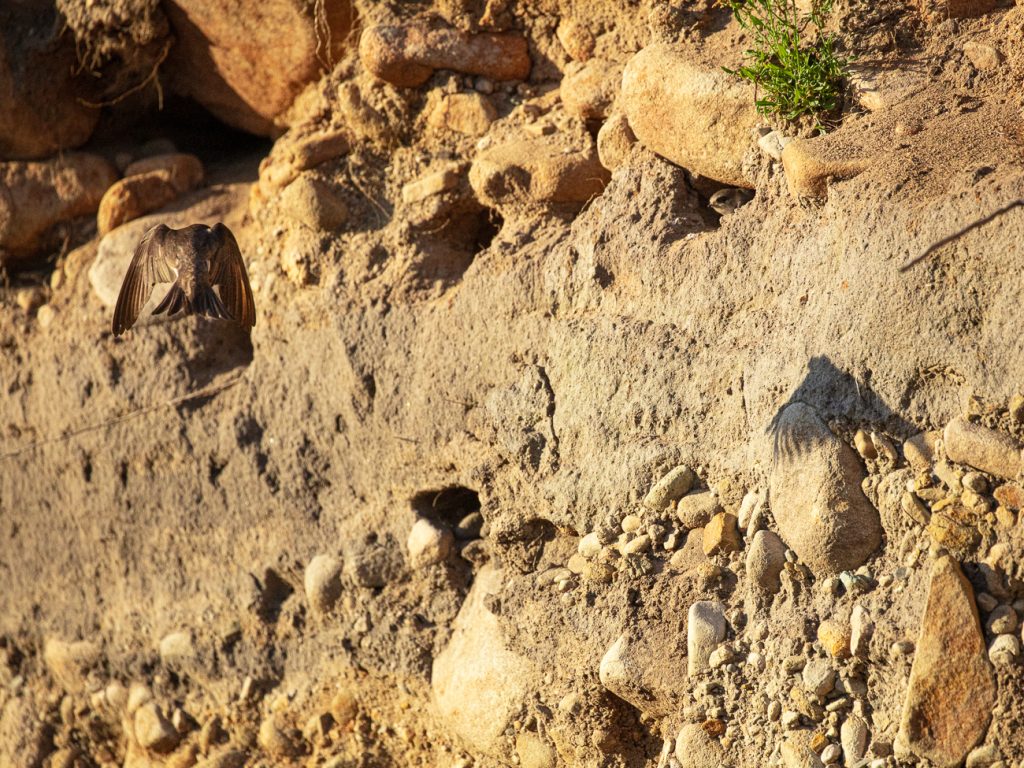 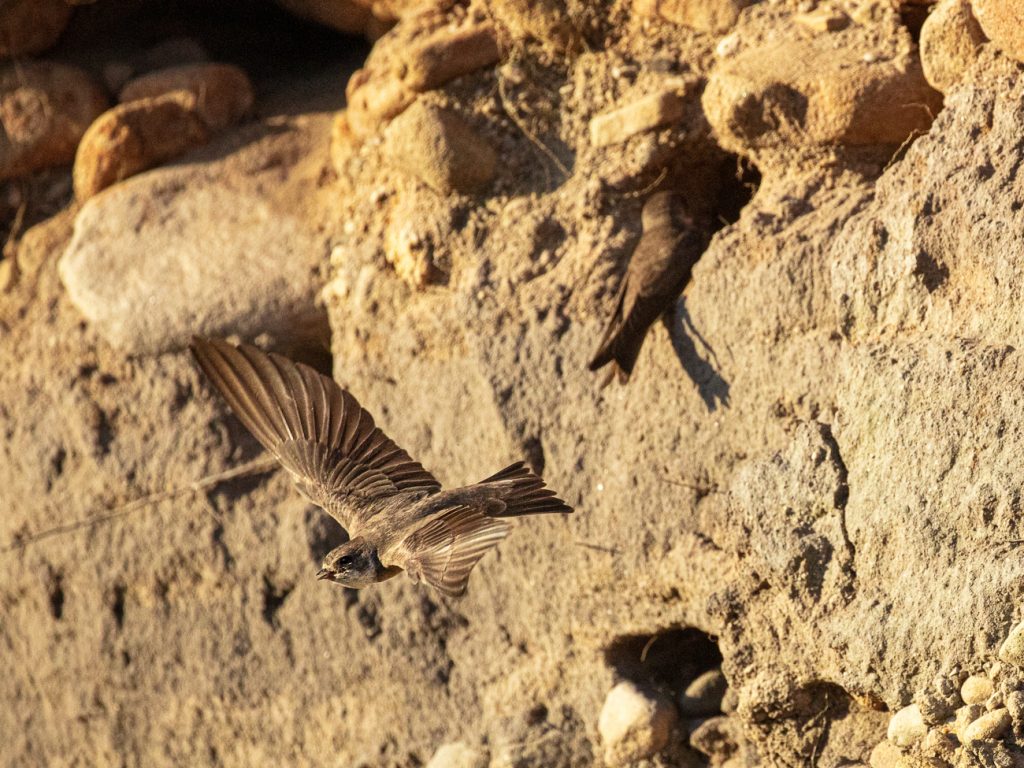 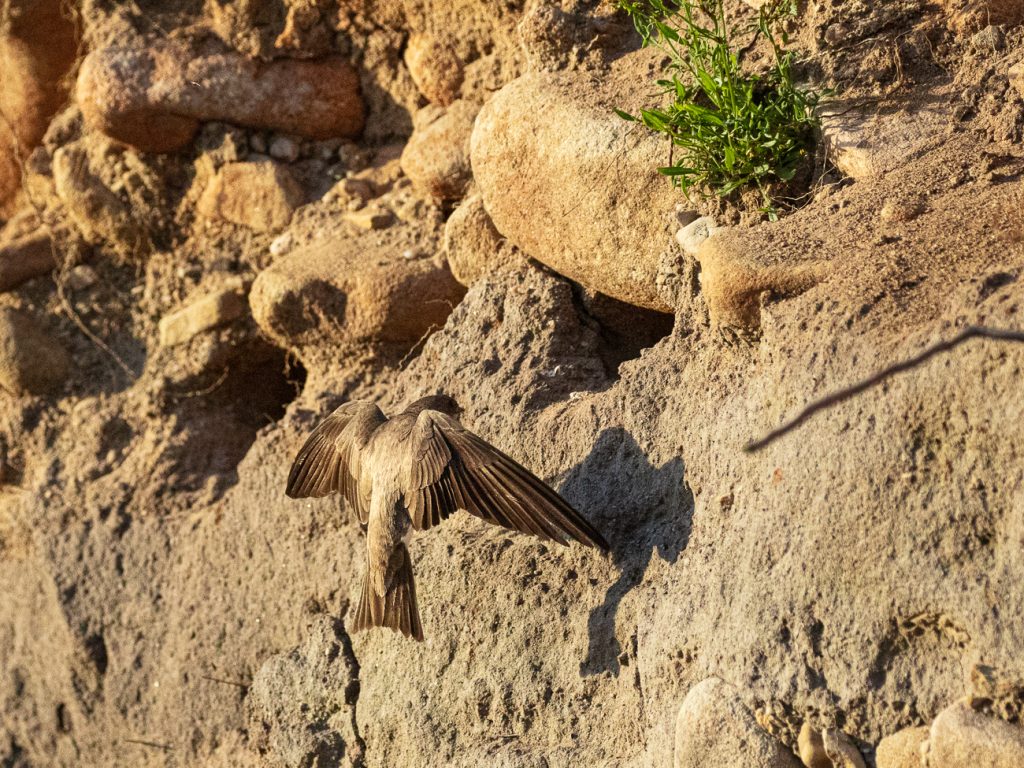 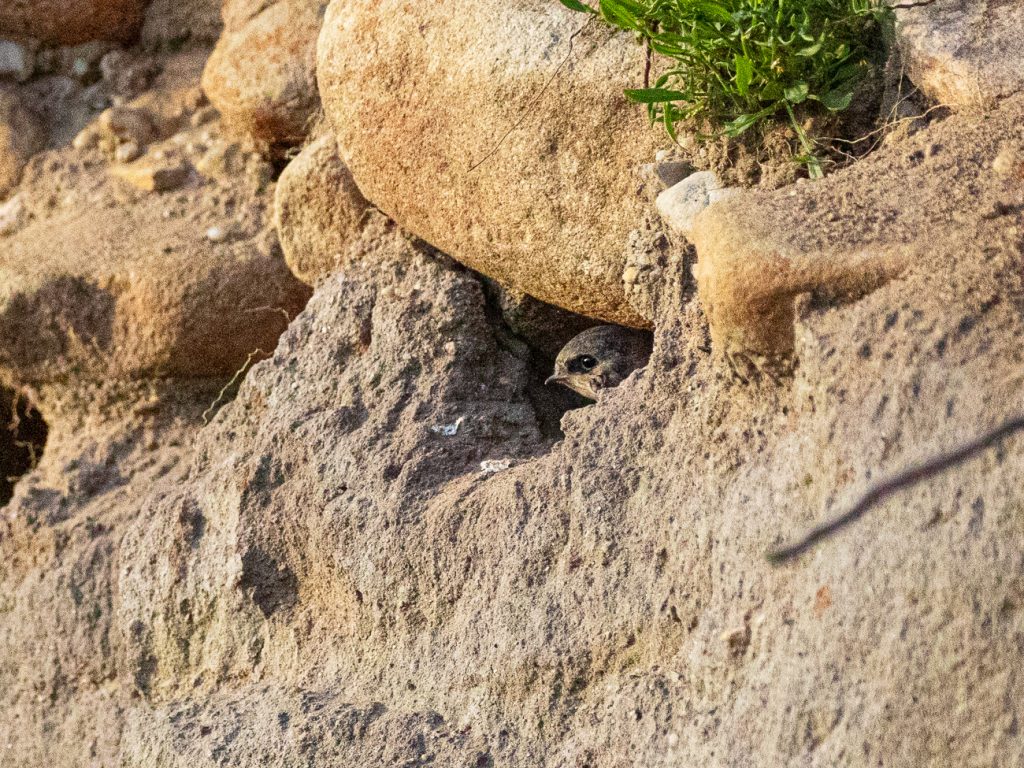 I made a short video (2 minutes) of the nestlings awaiting their supper.