The clouds began to roll in as soon as I arrived in the desolate stony landscape. Right from the start I knew it was to be a day of monochrome. Ingleborough rose above the valley and was skirted by layers of limestone ramparts that appeared to guard access to the summit.

I never made it to the top, in fact I got no where near on this particular day my goal being to capture Ingleborough in his landscape. The clouds were an added bonus! 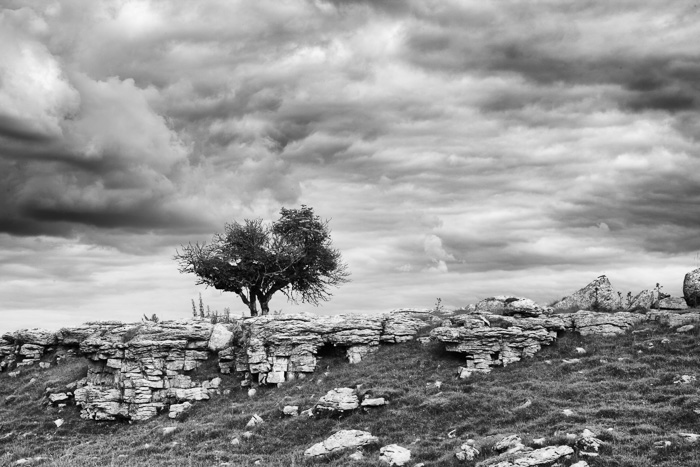 Stunted trees and bushes are something of a signature of this area especially when you reach for the higher places. Hawthorn seemed to dominate, craggy and ancient like the limestone they grew from. I was chasing simple shots that would hopefully depict the majesty of the place and capture the brutal rawness of these fells.

All of the shots were created using a tripod and nd graduated filters to hold back the skies, the slow approach helped me make sense of what I was feeling here. 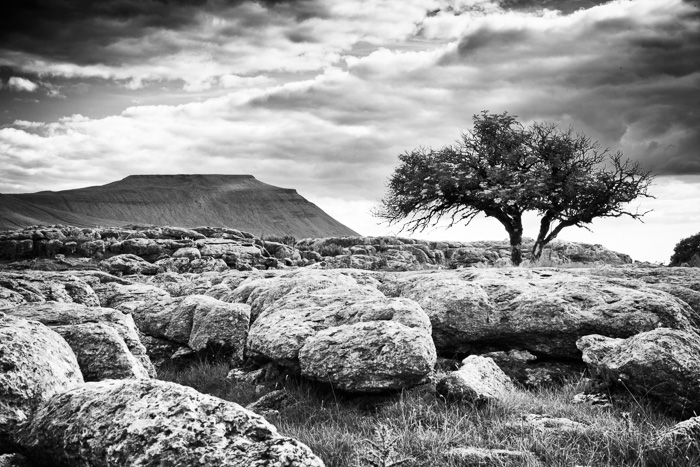 During the whole of my time the sun never really shone on Ingleborough, I waited in vain for some illumination but the best I got was mere glimmers of light grazing the summit and glancing off the slopes. Monochrome processing helped me to make the most of them. 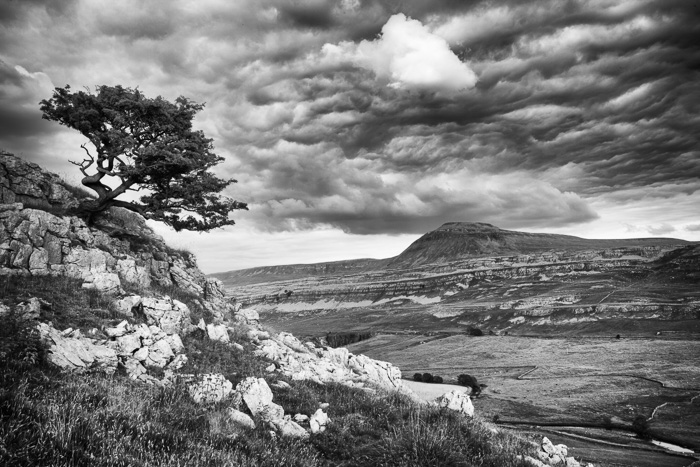 As the day neared its end I hurridly climbed the opposite fell, Twistleton Scar, aware that something was happening around the summit. A bank of clouds was slowly swirling around and appeared to be spiraling from the very top of Ingleborough. I headed for the top of the scar and used the old hawthorn tree to hold the space.